“Why, you do not even know what will happen tomorrow. What is your life? You are a mist that appears for a little while and then vanishes.”

My family often ventures for a weekend away to spend time together as a family. Lisa and I recently visited Easley, South Carolina, the hometown of my grandfather, James Louie Cartee, Sr. As many of my acquaintances know, my grandfather was an avid fan and supporter of the Clemson University Tigers sports teams. Easley is located very close to the Appalachian Mountains and some of the most beautiful state parks in the United States (i.e., Table Rock, Caesar’s Head, Paris Mountain). Easily is also positioned between the cities of Greenville and Clemson.

In addition to stopping in Easley, Lisa and I had long been wanting to visit Brevard, North Carolina. This small mountain town is known for white squirrels, mountain biking, waterfalls, and is the home of Brevard College. Brevard involves an active Main Street scene with family-style restaurants, art galleries, and other quaint shops. Our family ate lunch at the Brevard Diner, and I ordered the grilled trout as my lunch entrée. It was delicious! It tasted as if it had been freshly caught that morning in the cold mountain streams. Our waitress was fantastic! I drank all the water and coffee my bladder could hold. The décor of the restaurant was a classic diner like you might see in a movie, simplistic but still local.

We spent most of the afternoon on Main Street, including a visit to Rocky’s Grill and Soda Shop, where we were treated to delectable ice cream desserts. Rocky’s is a known establishment that has resided in Brevard since 1941. I ordered my usual two scoops of two different flavors. Lisa, on the other hand, ordered the largest ice cream Sunday on the menu. Annabelle (two years old) has not yet learned the crucial lesson of sharing. She claimed Lisa's Sunday as her own, however, we limited her intake of sugar. As a youngling, Annabelle loves ice cream, a treat she might eat once every few months.

We arrived at our Airbnb in Easley late Friday evening, where we quickly prepared both kids for bed. It was a long day traveling but a good one for many reasons.

The next day we slept in as long as Annabelle would let us. We drove to Greenville, South Carolina, another beautiful area that incorporates an active lifestyle in the residential scene. For example, we decided to visit the Swamp Rabbit Café and Grocery. In a utopian mindset, Lisa loves grocery stores! This place was the most extraordinary grocery store I have ever been to. Everything is locally sourced in South Carolina from other family businesses. On the grounds, there is a café with several wonderful fresh offerings that make for a good lunch. A nearby building was an old bicycle shop, which had been turned into a community space with ping pong tables and arcade games. Imagine a large green space that resembles a beer garden for families, friends, and couples. This establishment neighbors a city greenway where bikes run rampant.  Riders often take a break from long distances at the Swamp Rabbit. Among multiple outdoor picnic tables, over a hundred people hung out while enjoying the pleasant weather. While the grocery store carried unique gifts, like candles and labeled t-shirts, the amount of fresh produce and selection of beers was immense.

After stopping at the Swamp Rabbit, Lisa and I wanted to visit the Sky Top Orchard in Flat Rock, North Carolina, situated about an hour from our Airbnb. The orchard was massive and resided on the top of a mountain where you could see local views in every direction. Apples were still being picked here in mid-November, which is typically a little late in the season. Lisa drank apple cider. I drank an apple slushie and ate several apple donuts. Like the ice cream Sunday, Annabelle possessively claimed a half donut from me, stating “Mine.” All four of us took a tractor ride around the orchard. I also shot an apple cannon at targets across a lake on the property. The canon was loud and resembled the force of a potato gun. These products and services were available for a modest price. The orchard provided a place for families to have a good time in a safe environment.

After another lovely day in these beautiful surroundings, we decided to eat and drink at Dry Falls Brewing Company in Hendersonville, North Carolina. On another previous trip, I visited the area just before Annabelle was born. At the time, the owners of Dry Falls offered the opportunity to pre-buy a drink for a police officer in order to honor these public servants. I sponsored one beer like several other local customers. When off duty, a police officer could enjoy some beverages on the tab of others who supported their services. So, I immediately had respect for the business!

A food truck named Heidi Ho on The Go supplied our dinner with some gluten-free, meatless options for Lisa. I had a few beers, and Lisa drank blackberry cider (also gluten-free). We both agreed that the food and drinks were flavorful. Most importantly, Dry Falls encouraged families to enjoy the atmosphere with an emphasis on tiny humans, meaning Annabelle and Jace. The residents of Brevard, Flat Rock, and Hendersonville seemed especially patient toward young children. Annabelle can sometimes test the nerves of customers close to us. During the week before our trip, I had completed and passed four six-hour comprehensive exams in my Ph.D. program at The University of Tennessee. So, we used the occasion to celebrate this momentous accomplishment! Dry Falls provided a great environment to do so!

On Sunday morning, Lisa and I ventured to my grandfather’s gravesite in Liberty to pay our respects. Called Jace for short, James Louie Cartee, IV is named after my grandfather. Since Jace did not get to officially meet his Great Grandad before his passing, we took a few pictures of Jace next to the tombstone. Lisa was not surprised that Grandad’s tombstone looked the “biggest and shiniest” in the cemetery. Grandad certainly possessed a BIG personality! Watching Jace and Annabelle, Lisa was not able to attend the actual funeral services. As a result, Lisa wanted to see the gravesite. We said a prayer and made our way home.

Lisa and I enjoyed Brevard so much that we decided to take the same route back to Knoxville with a few more stops along the way. We would drive back through Brevard from Easley, which unfortunately involved many curvy mountain roads. We first stopped at Connestee Falls, a landmark we wanted to see Friday, however, rainy weather prevented us from doing so. Brevard borders the Pisgah National Forest, where several more beautiful waterfalls add to the scenery. In this national forest, we next visited Looking Glass Falls. Both these waterfalls are easily accessible for those with families and troublesome toddlers who have strong personalities. When I walked down to the bottom of Looking Glass Falls, Annabelle decided to lie down in a huge pile of leaves, like she was sleeping in a bed. She was blowing a gasket in her collision with nature. Thankfully, she had no spiders or ticks on her body afterward. She did not seem like her usual joyful self. I wondered what was wrong. Lisa and I would soon find out.

On the final leg driving up the mountain from Brevard through the national forest, Annabelle’s face turned a little greenish. After crying with a moan, she proceeded to vomit all over herself and her car seat. We stopped the car to clean up the mess and change Annabelle’s clothes. It was probably about forty degrees on the top of the mountain with a strong gust of wind. This freezing weather made Annabelle cry even louder on the side of the road. Lisa decided that Annabelle must be hungry after literally losing her lunch in our Honda Civic. No more than twenty-five minutes later, Annabelle threw up again with the recent crackers and goldfish Lisa decided to give her. We stopped again to change Annabelle’s clothes a second time. I had to unpack the entire trunk to get clothes out of the suitcase for this next change. While Annabelle was obviously carsick, we still had another twenty miles to cover before reaching Waynesville and straighter roads ahead. Annabelle’s hair was styled with vomit and leaves from wrestling with the dirt at Looking Glass Falls.

While our last adventurous afternoon was eventful, I still found myself grateful for these messy spillovers. While probably cussing under my breath at that exact moment (especially after going through the vomiting scenario twice), I realized that God gave me a marvelous tiny human to clean and care for. In my younger days, God also gave me a dedicated Grandfather who often cared for me in some difficult situations. Lisa tends to be the champion with our kids and quickly cleans up decorative puddles of puke quicker than a transformer.

Annabelle gets sick occasionally. However, in a positive light, she cries a sweet quiver when she thinks Lisa or I plan to suddenly leave the apartment. She desires the family to always be together with her Mom and Dad by her side.

When I pick up Annabelle from daycare, she runs into my arms. When going to bed, Annabelle eagerly requests kisses for her and all the stuffed animals that accompany her nighttime sleep. Jace even now smiles when you kiss his cheeks fervently, caught between the love given by Lisa and me. If framed in a positive mindset, the frustrating moments still lead to smiles and remembering these mentioned blessings. Emotions might take over in the seconds of messy situations. However, God instills joy through these tiny humans, even amidst the grossest of moments in a vomit-filled car with a filthy kid who needs a bath. The following Bible verse reminds me of this observed truth.

“Children are a heritage from the Lord,
offspring a reward from him.
Like arrows in the hands of a warrior
are children born in one's youth.
Blessed is the man
whose quiver is full of them.
They will not be put to shame
when they contend with their opponents in court.”
-Psalm 127: 3-5 (NIV)

*Please view these pictures from our recent weekend getaway. 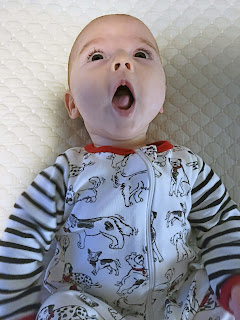 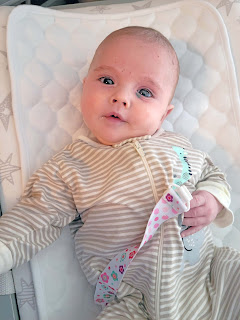 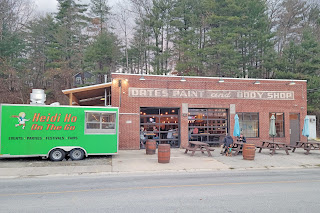 (Dry Falls Brewing Company was converted into a microbrewery with what was once an automobile body shop.) 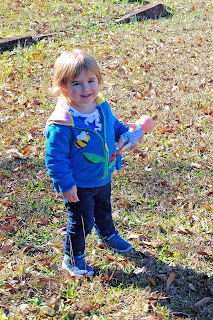 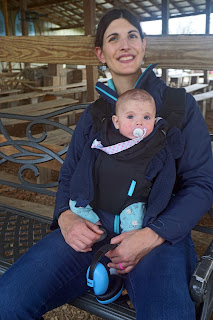 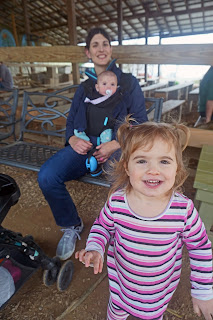 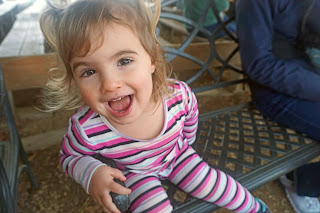 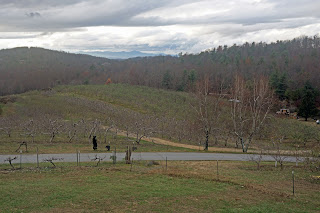 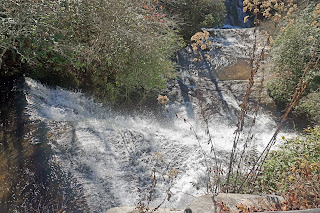 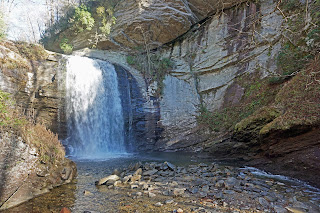 Posted by Daddy Destinations at 7:42 PM